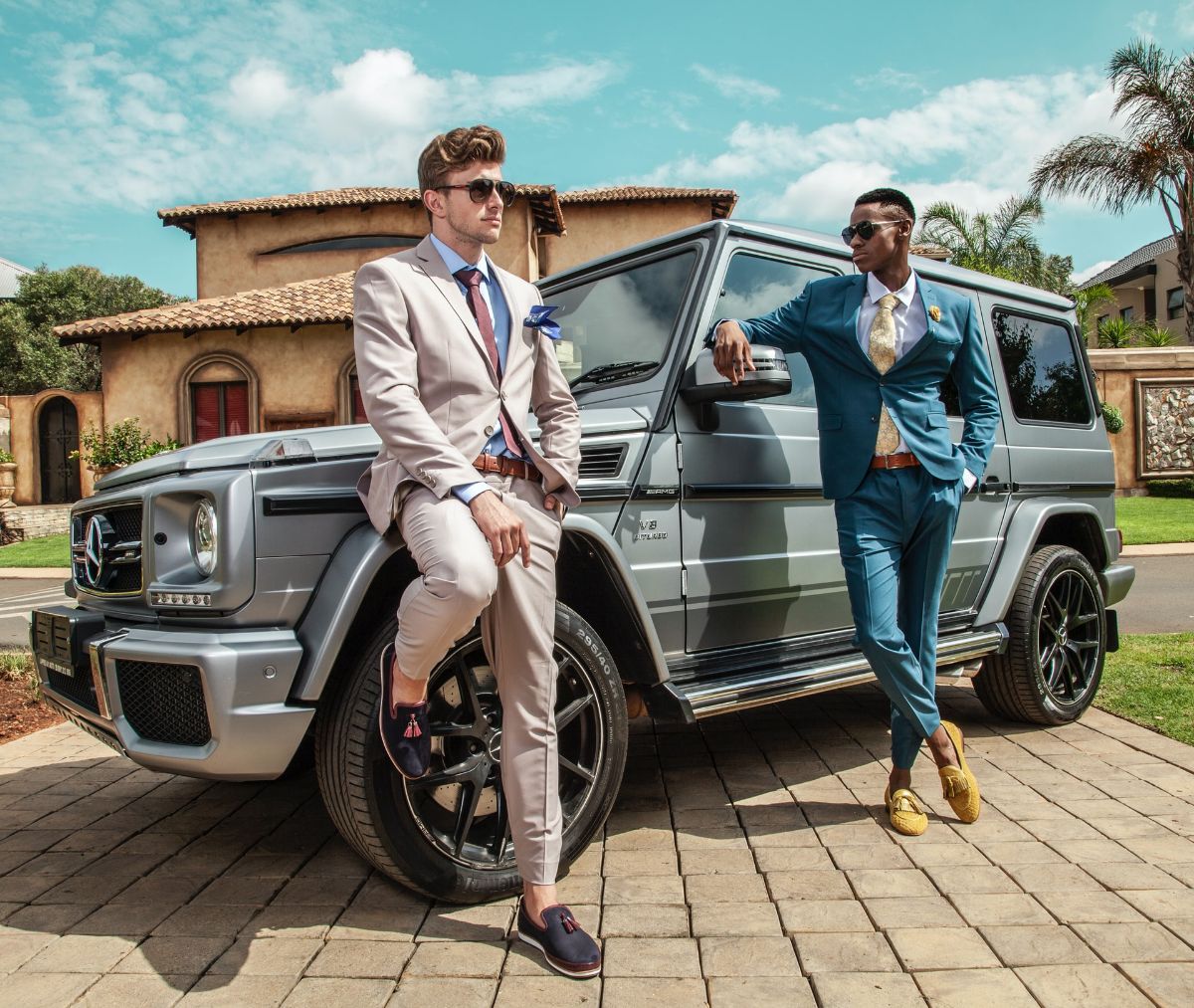 Where Did the Belt Come From?

It’s petty common these days to see belts added to high-fashion garments. Women might put on a long blouse and then a thick belt just to show off their shape. But once, a long time ago, belts were designed because they served an essential purpose: keeping your pants up. 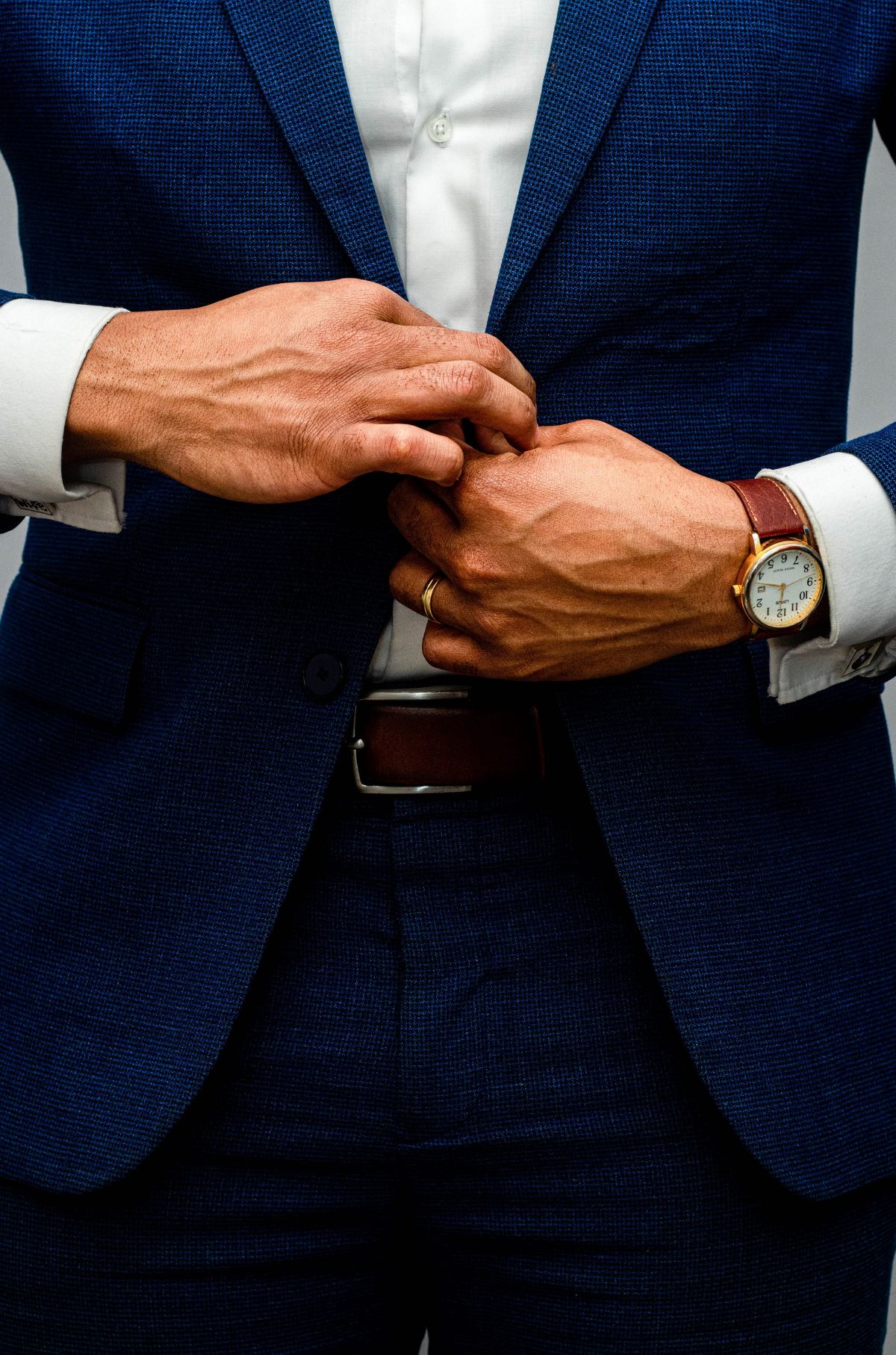 Fashion historians believe that the belt dates to at least the early Bronze Age, when humankind first started to work with metal on a large scale. However, these first belts weren’t made to keep pants in place. They were actually made to carry tools. And they weren’t even made from leather.

The earliest belts archeologists have found were actually made from tree bark. When softened, tree bark is a lot like leather. It’s sturdy and it’s tough, and that’s just what Bronze Age people needed. But these tree bark belts wouldn’t last long, for obvious reasons. Soon, belts were made from fabric instead and they were made to be large, so they could also act as another layer to shield the wearer.

It didn’t take long for belts to go from an implement for holding tools to something made for fashion. Soon, belts became a sign of status and even of one’s profession. Monks in very early pre-Roman societies wore long cords or ropes around their waists.

During the Roman Empire, gladiators wore a special type of belt used to hold weapons. The cingulum belt was designed to hold a dagger. It was made with leather strips and had studs hanging down over the front.

Another belt was the balteus, which wrapped around the shoulder and the waist. This contained a short sword.

During the Middle Ages, belts were an even more important part of the wardrobe. Wealthy people wore elaborate leather and metal belts. Meaner belts made with coarse materials, like rope, were worn by the lower classes. All used their belts to hold small pouches to hold coins and other little implements. 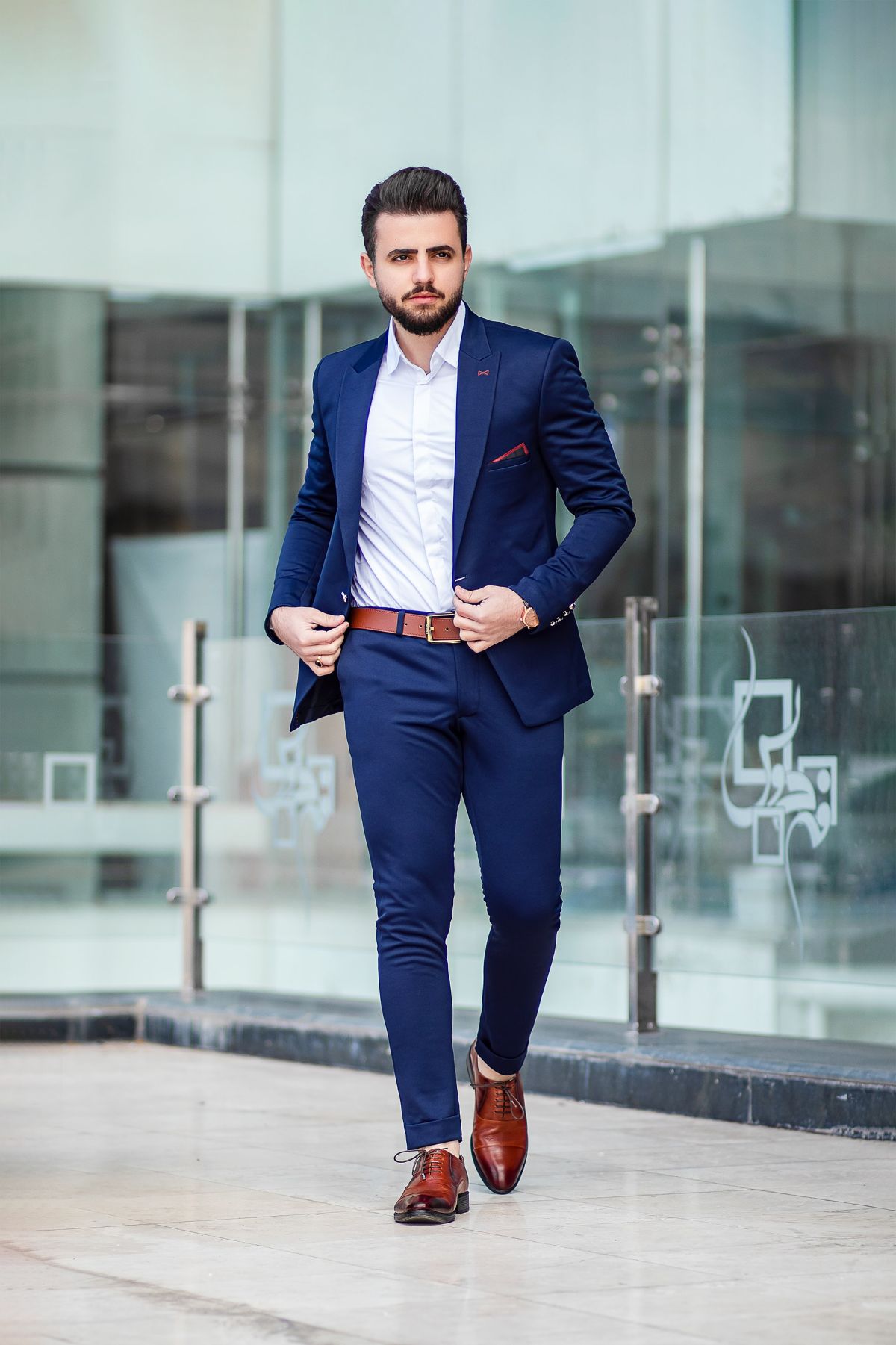 Back then, belts were called girdles. They were made in very elaborate styles and held a great number of objects. Pens, inkhorns, daggers, keys, books, you could attach it all right to your girdle. Mostly, they were used to hold swords. That’s why by the 1700s, belt styles had started to become much more decorative than functional. Sashes, which were wide fabric belts, became popular.

Belts are such a long-standing and important article of clothing, they even feature prominently in one of the most famous stories from mythology. Hercules is told to get the enchanted girdle belonging to the queen of the Amazons as one of his famous 12 labors. The tale dates back to the days of ancient Greece and it shows that belts were a universal object that was instantly recognizable at least as far back as the 600s B.C.E. 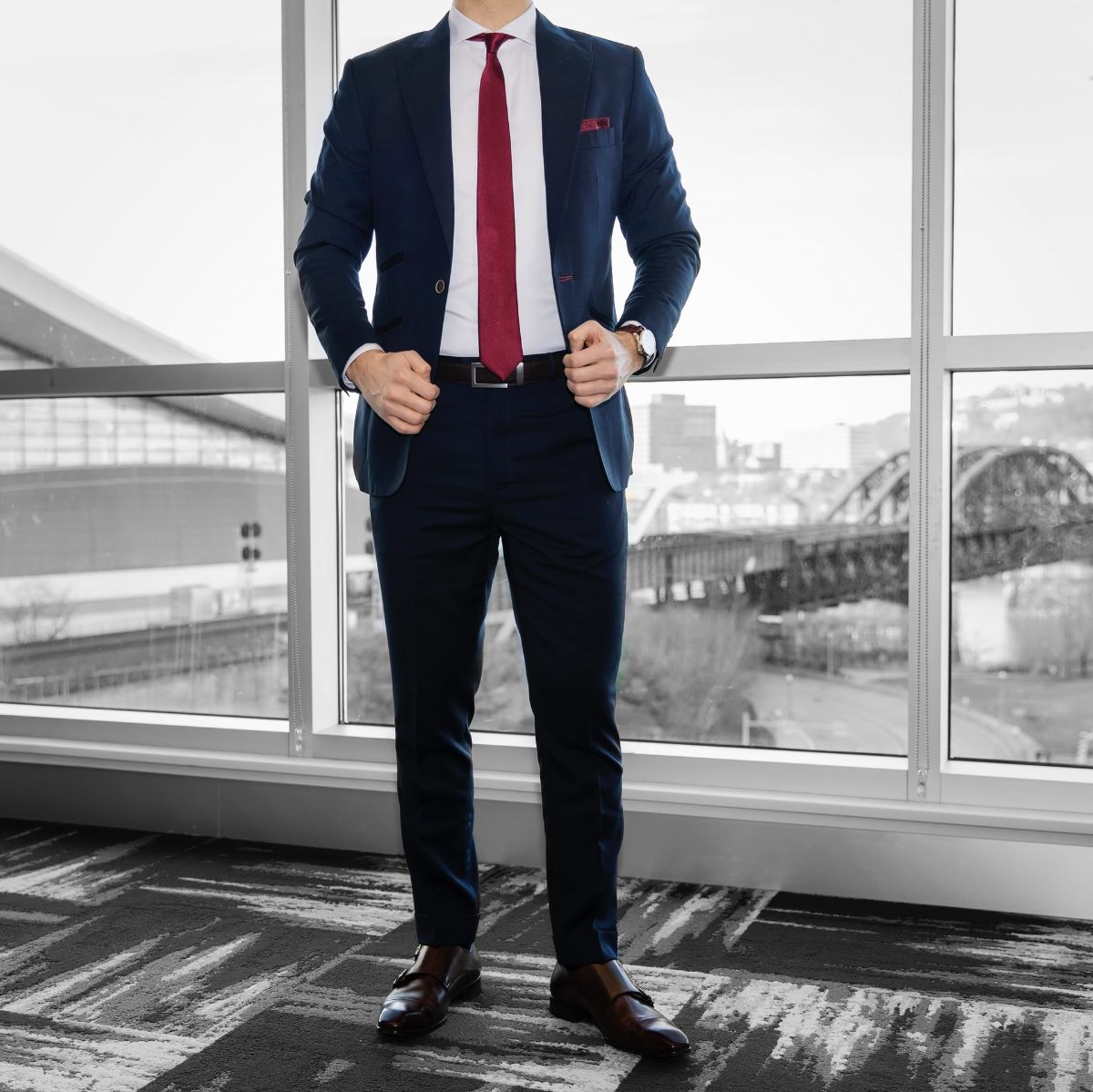 Many style experts agree that when you’re wearing dress pants, you must also wear a belt. This is because most dress pants have belt loops. With no belt, pants with belt loops just look odd. There are dress pants that are made without loops and these pants should only be worn without a belt. Otherwise, loops require a belt to fill them.

You may not wear a belt at all with a tuxedo. A tux worn with a cumberbund, for example, won’t have a belt. Most tuxedo pants are styled to be worn without a belt.

In the early 1900s, suits were never worn with a belt. In those days, suits were always made without belt loops. Suspenders were the thing to wear back then. With suspenders already holding up your pants, belts were not necessary.

Many experts say that belts, by nature, an informal. They aren’t worn with tuxedos, which is the most formal wear. If you’re dressing up in a suit for a formal occasion or for a classy semi-formal affair, you should probably leave off the belt and stick to suspenders or perhaps a vest.

According to the experts, belts are not necessary when your pants are properly tailored. Well-fitting pants fit well without a belt and often, a belt is used to make pants that don’t fit as well stay in place. The problem is that pants that aren’t tailored properly may bunch up or gap with a belt, which makes them look even worse. Some style mavens have strict opinions about belts and some will say that when you have on a suit, you shouldn’t have on a belt. However, there are plenty of ways to make wearing a belt look good.

How to Wear a Belt with a Suit

So, you’re going to wear a belt with your suit. Now you’ve got a whole different can of worms to deal with. What kind of belt should you wear? How do you pick out the right belt to wear with your suit? 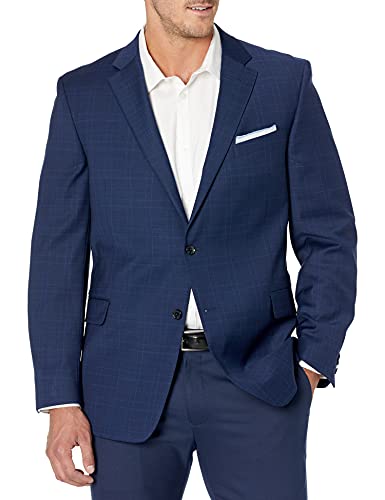 When you’re not sure about your fashion, go with something traditional. A simple black or brown leather or alternate leather belt is a clean, classic look. Match this to oxford shoes in the same color and you will look well dressed and super sharp anywhere you go. 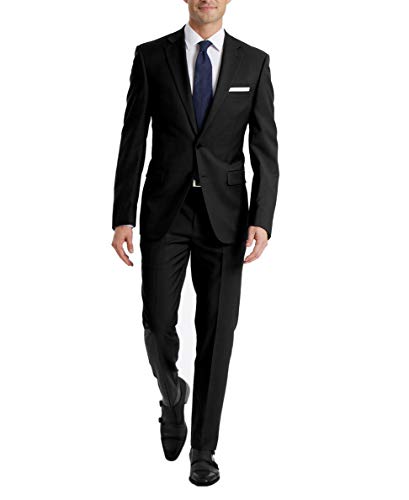 Feeling a little more adventurous? Go for a more modern look, like a braided belt. You can also play around with color and try something like a rudy red or a royal blue to add a pop of color to your outfit. This obviously isn’t a good idea for some situations. You should be careful with bright colors in a conservative, strict office environment, for example. A bright purple belt at a prestigious law firm is going to get you some sideways looks. At a brunch meeting, however, it’s a bit of fun and a flash of style that sets you apart.

Knowing when to be a little more traditional and a little more modern is a skill you can master. The more formal or serious a meeting or gathering is, the more traditional you want to dress. But something that’s light-hearted and more casual, this is a perfect chance to play around with men’s fashion and maybe wear those bright yellow loafers you’ve had in the closet. 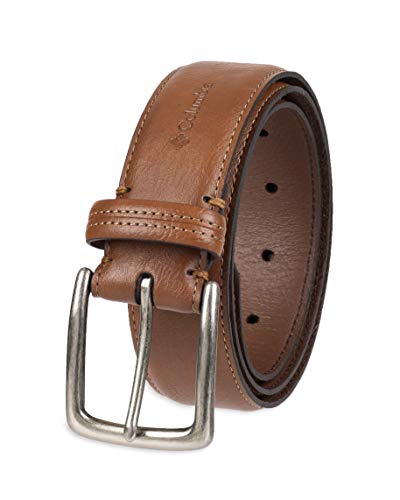 Also, make sure you’ve got a belt in the right size. If there’s a lot of excess belt or if the belt is too tight, it’s just going to look ridiculous. Belts have specific lengths that will be noted on their tags. Match the length of your belt to your own waist size. The belt should be two inches longer than the circumference of your waist, which s the measurement going around your waist right at the belly button. Try different belt lengths to see which one works for you. 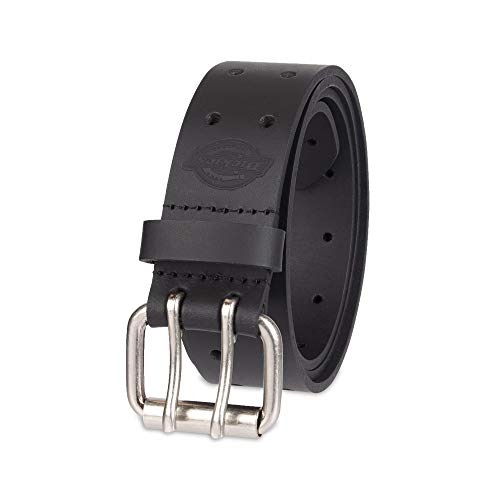 The belt should also be somewhat thin, not thick. Most belt loops, especially on sit pants, are sized to fit smaller elts. Most belts won’t even fit into suit pants unless than are less than 2 inches thick. A belt that is 1 1/2 to 1 3/4 inches wide is perfect.

When to Never Wear a Belt

There is one circumstance when no matter what, you can’t ear a belt. Fashion experts often have varying opinions and style can vary by region and cultural backgrounds. But it is pretty much universally accepted that you cannot wear a belt if you have on suspenders. It just absolutely cannot be done, should not be done and all fashionable people around the world will collectively scream if you attempt to do this. 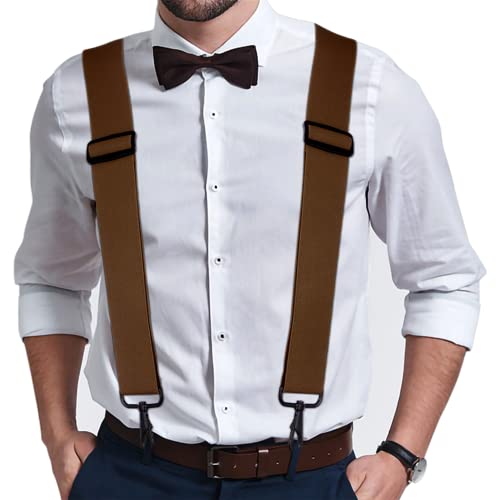 When to and to Not Wear a Belt

If you’re very tall, the simple addition of a belt can help make you look a little shorter and less visually intimidating. The belt sort of breaks up your top half and your bottom half so that visually, it’s not just a continuous, tall line.

Do You Wear a Belt with a Suit?

What types of belts are best with a suit? Choose a belt in a simple design that’s well-made. It should fit well and it should have a simple buckle, nothing too ornate. A big belt buckle is fine with your jeans on a casual belt but when it comes to wearing a suit, stick to the minimalist approach. Choose a more streamlined and simple buckle and a belt that isn’t too over-done. It’s hard to go wrong with a well-made, simple leather belt. When in doubt, you can always reach for this. However, most of the time, you probably won’t be wearing a belt with a suit anyway. Many style experts advise against it and if you want to look truly serious, forget about wearing a belt. 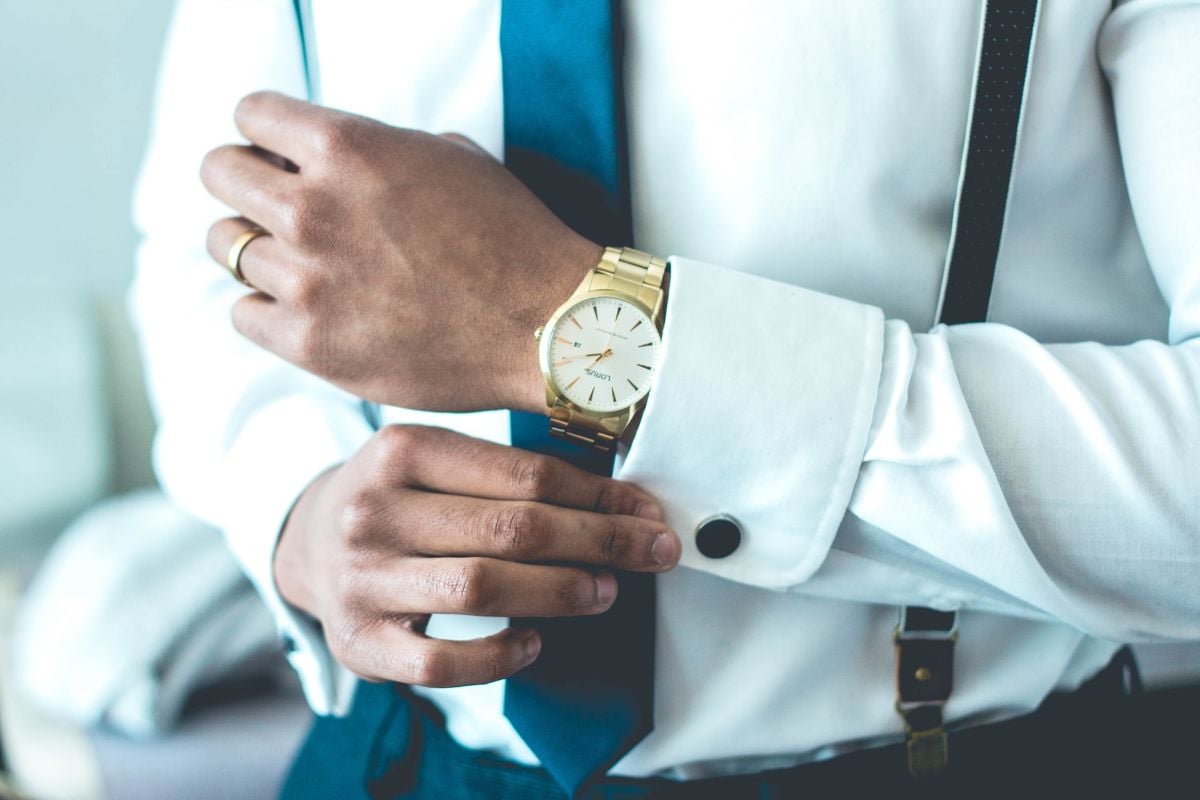 Can you use a belt to make pants fit better?

Many, many people don’t consistently stay the same size. It is part of human evolution, in fact, to gain a few pounds during winter. This is the body’s natural way of insulating itself against cold weather. It’s pretty hard to fight a few million years of evolution, right? So there may be times when your suit pants don’t fit just right. They might be a little bigger because you’ve been hitting the gym or a little bit tighter because you’ve been hitting the snacks.

But don’t be tempted to use a belt to solve the problem and make your pants fit better when they don’t fit. Always choose clothing that fits your body well. Ill-fitting clothing is simply going to call attention to those problem areas you’d rather hide. Nothing looks better than clothing that fits properly.

Are belts in style?

Belts have been worn pretty much continuously since antiquity, meaning they are even older than the days of classical Greece and Rome. Something that old won’t ever really go out of style and belts are still seen in all kinds of fashion. They’re worn with casual to formal wear and they appear in clothing for all genders. Of course belts are in style. But they aren’t necessarily stylish to wear with a suit, particularly if it’s a conservative or formal occasion.

Should your belt always match your shoes?

Is your belt always supposed to match your shoes? This is a fashion tip that’s easy to follow. It helps you create a matched look. However, it’s not a rule. As long as your belt matches something and your shoes match something, you’re fine. These two items don’t necessarily have to match each other but as long as they match what you’re wearing, you’ll have a great look.

How do you find your belt size?

How should a belt fit?

Bespoke Post – Should You Wear a Belt with a Suit?

Fashion Beans – How to Wear a Belt with a Suit

Real Men Real Style – Belt Or No Belt? | When To Go Beltless

Startup Fashion – Fashion Archives: A Look at the History of the Belt