Harry Rosen is my favorite men`s clothing store. I love their shoes too. I buy as much as I can there because their collections fit, look great and customer service is amazing. Discover 21 important facts and tidbits of information you need to know about Harry Rosen. 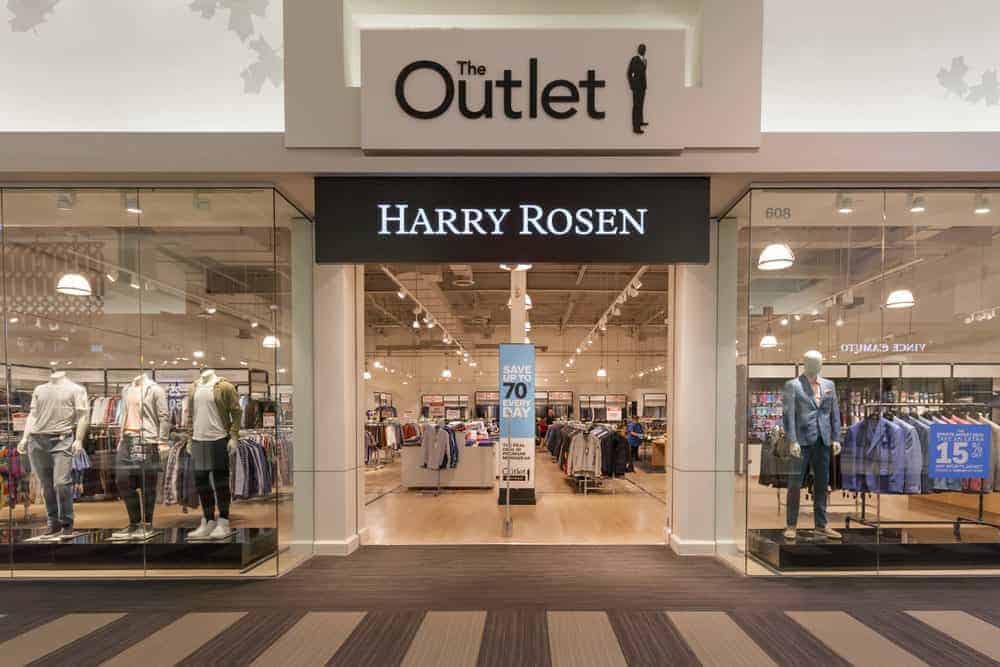 Harry Rosen is my favorite men’s apparel clothing store.  I love that there’s one a few blocks from my office in downtown Vancouver so I can easily go there.

While I don’t buy everything there (it’s expensive), I like buying jeans, belts, some shoes and some shirts there.  The help is amazing and the clothes fit me really nicely.

If you want to head to Harry Rosen to get outfitted (I recommend it), check out some basic, but key information about this iconic Canadian store for men.

Though the name of the company was founded after the original H. Rosen, the company itself was the product of Harry and his brother Lou Rosen, with each of them having an equal part in the company’s creation. They originally founded the company as a joint business venture at the age of 16. Talk about dedication and putting your mind towards a goal!

Harry and Lou Rosen grew up in a neighborhood in central Toronto called Cabbagetown. This section of the city got its name from the Irish immigrants who settled there in the mid 19th century. Reportedly, the people who originally lived there were so poor that they grew cabbage wherever they could for sustenance, typically growing cabbage right in their front yard. Despite this history of poverty, Cabbagetown progressed to represent a part of the city where a lot of culture exists, inviting people to come from all over and take part in the district’s landscape.

It was also here where the first H. Rosen store was founded as a result of the brothers deciding to open their own clothing store.

3. It Was Inspired By Another Clothing Factory

The two brothers opened their first store in response to their experiences working in a clothing factory and a menswear store. Both of these experiences left the duo longing for more opportunities in the field of luxury fashion, making it seem necessary for them to look into what the next step for them would look like. As a result of these inhibitions, they opened their first store as a means of understanding what it would be like to take the operation into their own hands.

There’s no doubt that their experiences working the aforementioned jobs enhanced their expertise in owning their own store, as they quickly found success and found themselves having to figure out how to expand.

4. The Now-Famous Location Was Once A Risk

The 1961relocation of the first Rosen store was a controversial move, as they were changing positions from Cabbagetown to the Financial District. Though in contemporary times this seems like an obvious move, at the time it was not as well-received. Critics of the move cited the area’s undeveloped infrastructure and lack of commercial potential as the reason as to why it wouldn’t be successful.

These skeptics couldn’t have been more incorrect about the move, though, as this location currently serves as a major destination for tourists visiting Toronto from all over the world.

5. The Iconic “Ask Harry” Campaign Was Produced On A Budget

The “Ask Harry” (created by Stann Burkhoff and Reid Bell) campaign was a groundbreaking initiative that ran in magazines in the early 1960s. It was a response to the impersonal way that advertisers would talk to audiences, aiming to break down the wall of communication by allowing people to ask any questions that they might have about the fashion industry, Harry’s suits, or any other questions about menswear.

This advertising campaign was an instant hit, eventually inspiring the city of Toronto to begin including the phrase “Ask Harry” in their general cultural vocabulary.

“Ask Harry”, though, was not a top-of-the-line campaign in terms of budget. For example, Burkhoff and Bell only required two suits, one for each of them, before commencing on the project. They were each paid one cent per ad for their work (a modest budget at the time) on the basis that they were able to retain creative control over it, something that directly lead to the campaign’s cultural impact.

6. H. Rosen Takes Up A Large Percentage Of The Canadian Market 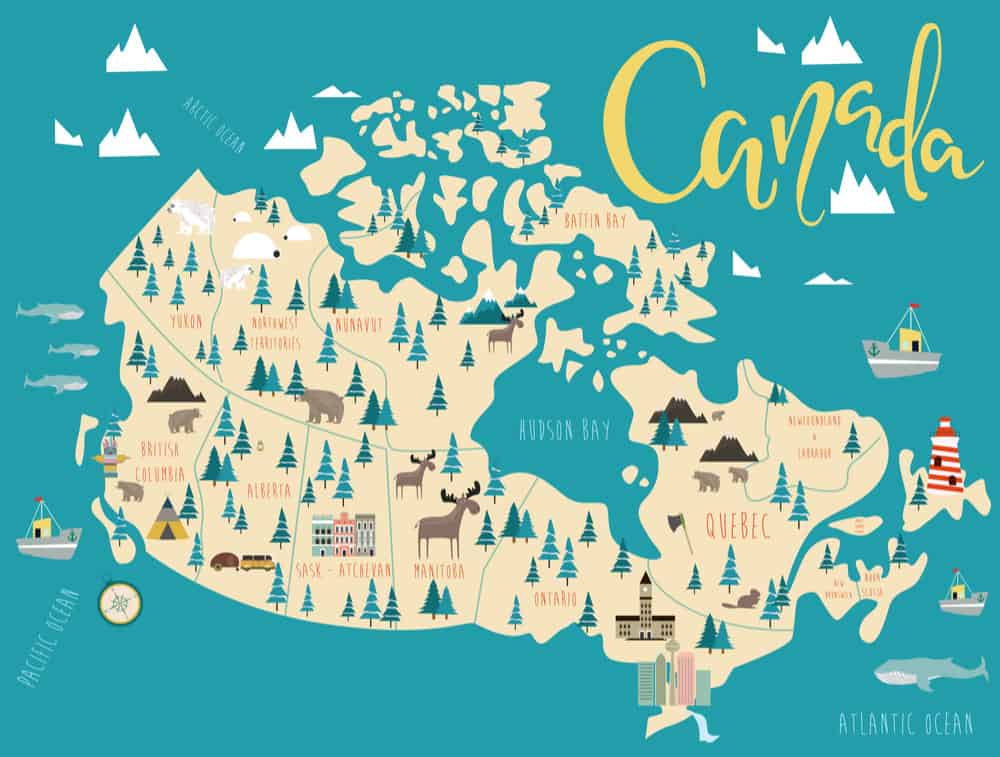 As of today, H. Rosen’s influence is still felt worldwide, but most especially in the Canadian economy. This is because that the company still takes up a majority of the Canadian market for menswear, outnumbering any other independent, Canadian-based retailer selling similar products.

7. The Retail Chain Is Nationwide

It took a bit under 20 years for H. Rosen to expand their reach beyond the Toronto area, but since the opening of a store at the West Edmonton Mall in 1981, H. Rosen has built locations all over Canada, including locations in Ottawa, Montreal, Vancouver, Winnipeg, and even Calgary.

In 1997, a magazine under the company’s brand called “Harry” was launched. The magazine, originally designed to provide advice and guidance regarding exclusive and luxury menswear, now has come to represent a commentary on masculinity and what it means to be masculine in today’s society. The magazine is still running strong in 2018, taking cues from culture to adjust its focus and help itself continue to provide resources for all masculine people looking to stay in touch with their inner selves. What sets this magazine apart from other magazines of its caliber is the emphasis on a personal connection, something that has kept the magazine ahead of its time for the past 20 years.

Like we wrote above, 1981 was the year that H. Rosen expanded its business outside of Toronto. It also happened to be the year that the business really took off, signaling the start of their international presence. It was also that year that European designers and brands began to sign deals with H. Rosen to carry their products overseas, something that helped bring the company into a new era of significance and influence. 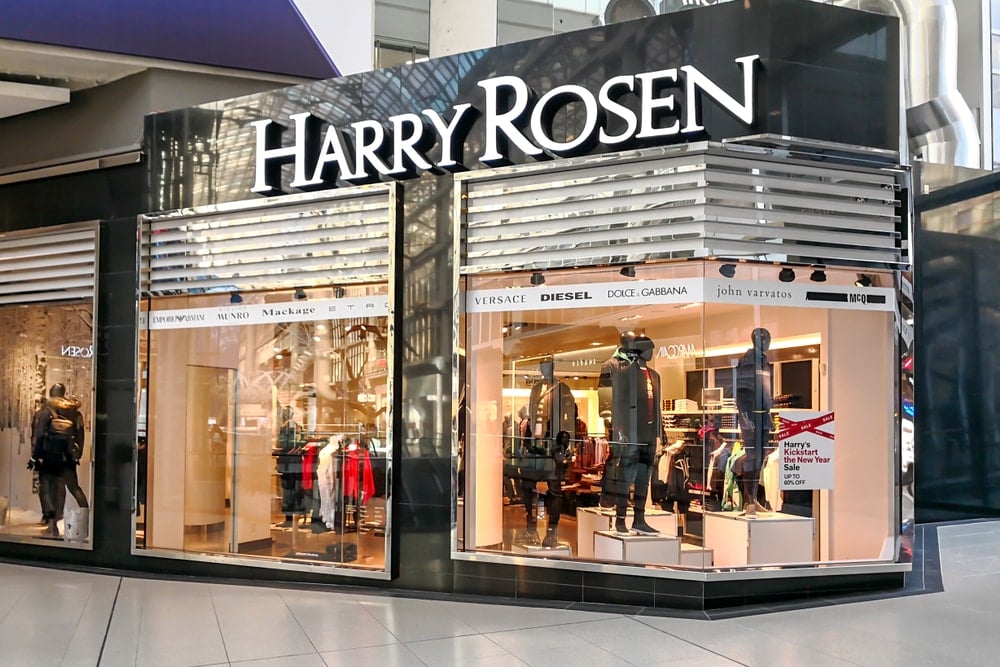 After a few years of continued national and international success, H. Rosen opened what is now known as their flagship store on Bloor Street in Toronto. The store contains an impressive 32,000 square feet, also housing one of the world’s most extensive and thorough collections of menswear available in a commercial store.

11. The Company Is No Longer Run By Either Rosen Brother

Though the company was originally founded by both Rosen brothers, it is now run by Larry Rosen, who is Harry’s oldest son. Larry originally was hired by the company in 1984 and continued to work his way up before becoming president in 1997. After a few years of finding more success at the company, he replaced Harry as CEO at the beginning of the new millennium.

12. The Retail Chain Got Their Start Thanks To A Popular Canadian Magazine

The famous “Ask Harry” ads were very successful, but they couldn’t have done it all on their own. In fact, the ads needed the right space to run in, which is where The Globe and Mail came in. The Globe and Mail is Canada’s most-read newspaper and continually captures cultural phenomenon even before they happen. In the case of the “Ask Harry” campaign, all it took was a few ads run in the right place for the campaign to take off, solidifying the reputation of Harry and Lou’s company forever. However, none of this would have been possible if it weren’t for The Globe and Mail, making the company almost indebted to the magazine.

13. The Company Spends The Most On Training

An aspect of H. Rosen’s business that sets them apart from the rest of their competition is their emphasis on training. According to Harry, all employees who work for the company are carefully trained in every aspect of the production, ranging from clothesmanship, fashion design, organizational techniques, and how to communicate efficiently and directly with clients. Through educating employees in as many aspects of the company’s build as possible, H. Rosen can make sure that customers get the best experience possible no matter what.

An aspect of H. Rosen’s business that is a stated goal of the company is to create long-lasting relationships with its clients. This is a more intimate approach to business, which typically favors transactional approaches in consumer settings. Instead of this, H. Rosen reaches out directly to their clients, encouraging them to continue asking questions and contribute their opinions to the company’s well-being. It could be said that this is the legacy of the “Ask Harry” campaign: creating an environment in which the customers are able to voice their concerns and questions.

The original store that the two Rosen brothers built was built with a down payment of $500, but they didn’t save up this money through their other jobs. Instead, this money was borrowed, something that must have added to the risk at the time, as they likely did not know if they were ever going to be able to pay back the money they were borrowing.

16. The Original Harry Is Invested In Philanthropy 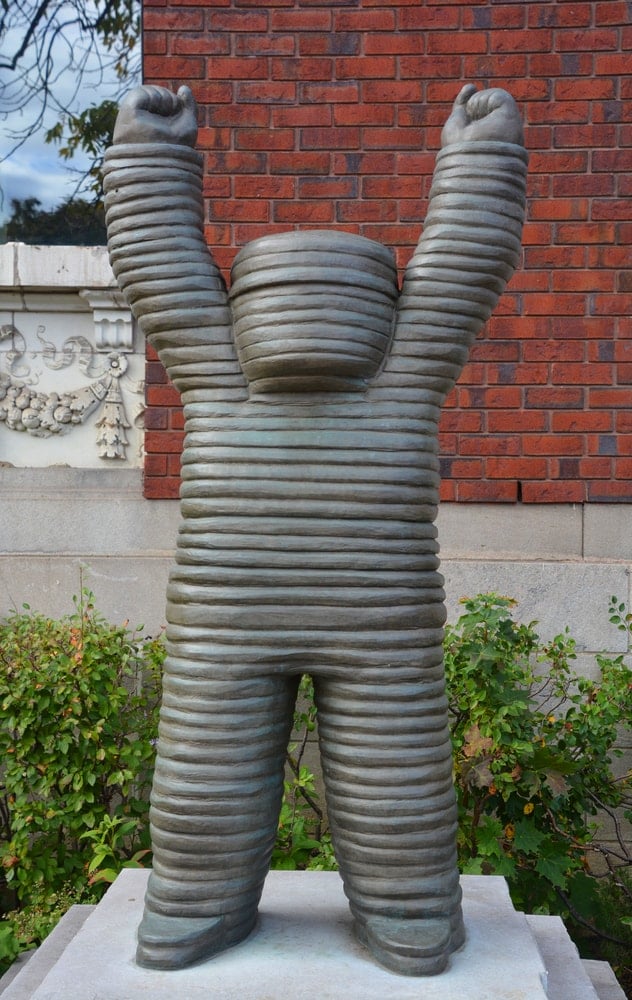 Despite having left the company in 2000, Harry has dedicated the rest of his life to pursuing his interest in philanthropy. He has been an active participant and encouraging force in research behind mental health, helping out and appearing in promotional campaigns for the Centre for Addiction and Mental Health. Alongside this, he also has done funding and activism within cancer associations, promoting the overall well-being of patients and helping secure a future for research regarding the future treatment of the illness.

17. H. Rosen Is Meant To Be A Universal Language

One of the key factors behind H. Rosen’s company attitude is their commitment to customer service. Because they also understand the international influence their clothing and business models have had, the customer service is meant to reflect this, having agents that can speak with customers in over 10 languages.

18. Reinvention Isn’t Their Strong Suit, But Tradition Is

One of the difficulties that H. Rosen has faced in the past two decades has been reinventing its image to attract a younger audience. The products that they sell are admittedly geared towards older, more traditional audiences, but that doesn’t mean they necessarily have to be confined to that demographic. To try and combat this, the company has tried rebranding multiple times, but often with little success.

A problem with their innovation strategies is that typically the younger audience feels confused and not attracted to the rebranding, while the older audience feels alienated by what they thought the company was. This could be viewed as a detrimental effect of having a completely open and transparent company-consumer relationship because of how the customers are able to dictate what the company is, but it is an aspect that they are working on.

For now, though, H. Rosen knows the tradition and they know it well.

For his efforts with his company, Harry was given a Lifetime Achievement award in 2001 by the Retail Council of Canada.

Beyond its influence in luxury menswear, H. Rosen also has been named significant to Canadian culture, having been named in 2013 as one of Canada’s 10 Most Admired Cultures. This award was given in response to the company having had a 7-year streak of being in the top 50 for Canada’s Best Managed Private Companies, signaling that not only has H. Rosen come to represent a level of quality that is distinctly present in Canadian fashion, but also a reputation of being a cultural figure. 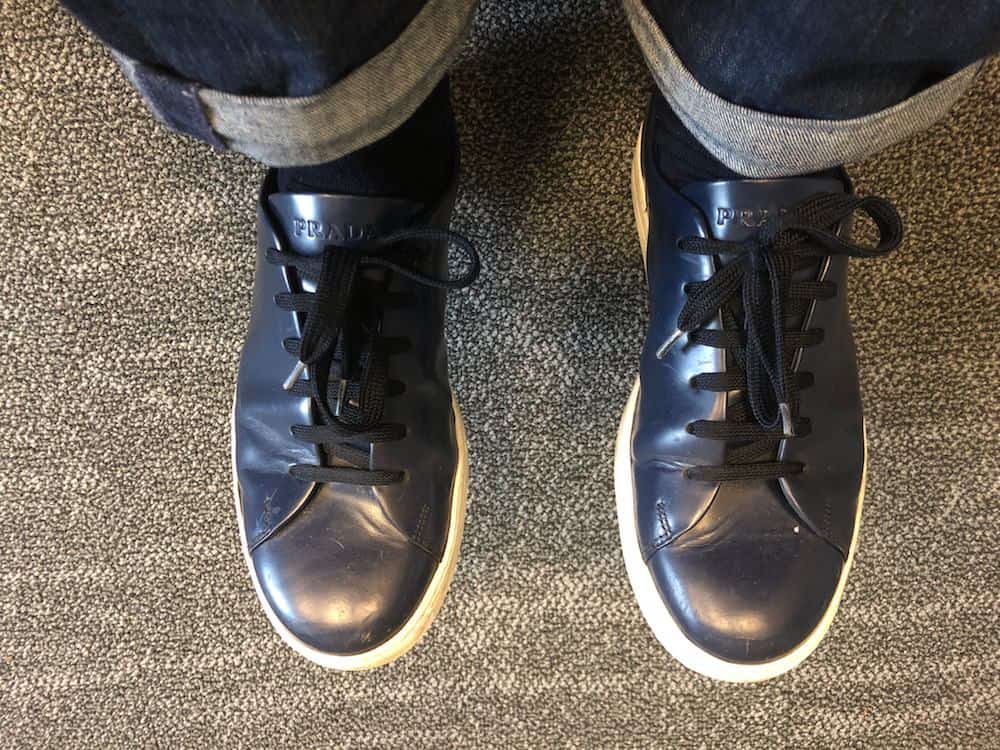 While you may not think of it as a shoe store, they do sell a nice selection of casual and dress shoes for men.  Here’s a photo of Pradashoes I bought at Harry Rosen (my favorite pair of shoes by far).